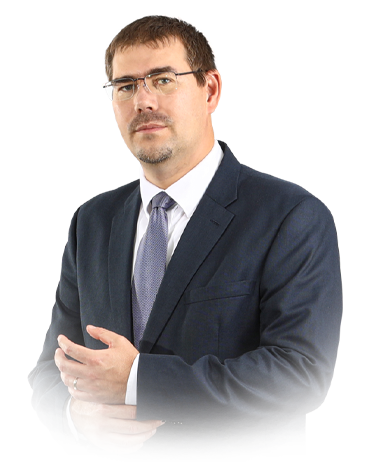 I have worked together with Dr. Vítek and his law firm since 2008. Dr. Vítek’s law firm has been a stable legal foothold during all our acquisitions, mergers, corporate transformations, and has helped resolve the most complex of legal situations arising during the course of our business. We have always been able to rely on his professional approach and perfect expertise in all areas of law. Over the years of working together, Dr. Vítek’s team has been a very good partner and ally for our business.

Jindřich Vítek is an attorney and founding partner at AK EGV. He specializes mostly in commercial law and public procurement. His clients have included the largest infrastructure management companies in the Czech Republic, leading corporations ranked among CZECH TOP 100, municipalities and leading healthcare providers.

Jindřich takes an active part in legislative activities, preparing and commenting on draft laws for individual government departments (Ministry of Industry and Trade, Ministry of Regional Development, Ministry of Transport) and preparing amendments for individual Members of Parliament of the Czech Republic. He is member of the Ministry of Regional Development’s expert group for the Public Procurement Act, and also teaches Public Procurement as a university lecturer. Jindřich also gives speeches and presentations to both private audiences and public administration and self-administration bodies. He was also member of the Civil Law Committee of the Legislative Council of the Government of the Czech Republic, and was member of the Appellate Committee of the Environment Minister.

Jindřich graduated from the School of Law at the University of West Bohemia in Pilsen in 1998. He has been an Associate Lecturer at the university’s Commercial Law Department.

Appellate Committee of the Chairman of the Transport Infrastructure Access Authority

Appellate Committee of the Culture Minister